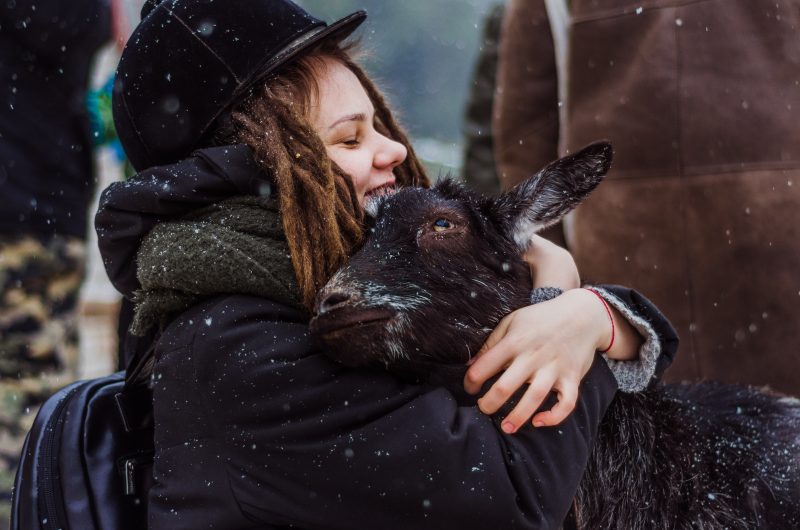 I’ll be the first to admit I don’t always handle doctor’s office visits well especially with procedures involving unexpected pain. All too often, there is a sudden cold sweat followed by nausea and lightheadedness signaling I’m getting ready to faint. For the Highly Sensitive, fainting can be our ingrained response to the invasiveness of  modern medicine followed by the emotional recognition of what is actually happening to our bodies. Dramatic as it may seem, I need to avert my eyes when receiving injections lest I find myself requiring smelling salts in the aftermath.

There is a bright spot in these experiences; whenever my face turns that pasty shade of gray during a procedure, I’m deeply touched by the compassion shown by the nurses who come to my aid. In the face of an environment where people are often at their physical and sometimes emotional worst, nursing is the profession where I encounter the highest number of Highly Sensitive people in the workplace. Perhaps everything is as it should be; our inherent capacity to feel another’s person’s distress brings with it the compassion generated from experiencing that pain first hand.

Always a remembered gift to those receiving it, compassion isn’t something which can be faked. You have it to give or you don’t. While for the Highly Sensitive extending compassion may feel like a second nature, understanding the gift of receiving it sometimes requires a bit more work.

Some years ago I attended a workshop hosted by author Manny Twofeathers. Manny was standing by the front door of the bookstore as I pulled into the parking lot by the front of the building. He had stepped outside to clear his head after giving intuitive readings for clients most of the afternoon. I was glad to see him again. During a lecture he had presented  few weeks earlier  regarding his experiences with the Sundance Ceremony outlined in his book My Road to the Sundance, he had shown me how to tie a prayer flag for a friend  diagnosed with breast cancer. Taking it with him when he left, Manny mentioned it would be taken to a sacred spot where he would pray for her. That was Manny; in his role as an Elder he extended compassion towards people through actions reflecting  his deep spiritual faith.

At the bookstore that evening,  Manny was hosting a divination workshop based on his latest book; Stone People Medicine. After a brief introduction where he explained the role and use of the stones and cards used in the divination process, Manny had us sit at a circular table. He sat next to me on my left. Handing me the cards and the stones, he told me to read for the woman sitting on my right in order to answer questions she had about her life. His actions startled me, I had expected that he would show us the process by reading for us. Due to my sensitivity I didn’t always like to be in the spotlight especially in front of  a group of strangers. Studying his face for a brief moment, I tried to get a read on his thoughts, but his eyes were hidden behind the deep wrinkles of his face. While I had often done one on one intuitive work for friends, I had never “read” for someone I didn’t know and the thought of it made me  uncomfortable.

Honoring The Gift Of Compassion

Manny watched silently as I consulted the stones and cards to answer the woman’s question. His only  response, when I was done was to ask her if her question had been fully answered. Thinking I was finished, I tried to hand the cards and stones back to him but he wouldn’t take them. Instead, he told me to read for the person sitting next to her. Regardless of my discomfort, the process continued. Manny directed me to read for every person at the table; finally finishing with the owner of the bookstore who was sitting next to Manny. Her reading was the hardest of all;  the divination predicted very dry times ahead, leaving me with a vision of such desolation it almost brought me to tears.

Manny continued the process by having some of the other people sitting at the table read for others.But, I had been the only one chosen to read for all. Although curious about why  he had chosen me to read for everyone, I knew it would be very disrespectful to ask an Elder about his actions. I could feel there was a bigger picture at play here and  for that I was grateful.

After the workshop had ended, I went over to Manny to thank him. Accepting my thanks, he looked me in the eye and said that my visions were very strong. That was his only comment about the workshop. One thing about the Highly Sensitive, we know instantly when someone is not being honest with us. I didn’t get that feeling as he spoke although I had a hard time believing it. In hindsight, the workshop was a turning point in my life and his words would be a source of comfort. Through those words, I began to see myself and my spiritual path in a different light; I knew I didn’t need to hide the intuitive aspect of myself from strangers for fear of ridicule or criticism.

After the workshop, I never saw Manny again. He became ill and died in a Tuscon, Arizona VA Hospital during June of the following year. In my bedroom is one of the dream catchers Manny made and sold while on the road. Due to my strong belief  in the power of our dreams I had purchased it from the owner of the bookstore not too long after the workshop. Hanging above the headboard,  it is a beautiful reminder  of our conversation. Ever silent it protects us from the images contained within the shadow side of our dreams as my  wife and  I travel the terrain of the dreamscape.

Stepping Into The Gift Of Compassion

A few weeks ago while standing in my den, I felt a strong urge to read  My Road to the Sundance over  again. Later that evening, I broke out in goosebumps when reading his words on page 65. Summarizing his insights from an experience where he felt unworthy when asked to pray for a woman Elder after one of the first Sundance Ceremonies, he wrote; ” We believe that sometimes the creator sends a helper to teach us. If she was a helper, I think her mission was to show me I was now ready to help people. In helping her, it gave me confidence in my ability to help others.”

For the Highly Sensitive, compassion appears in many forms. We don’t always recognize it when it appears. But, the end result is always the same; we are supported through what is experienced as a mental or physical challenge. I hadn’t seen the compassion in Manny’s actions during the workshop because I was too engaged in the energy of my fears. But I saw it then and his compassion is what I’ll always remember about him.

Manny always admonished us to give something back to the world as a gesture of thanks whenever we receive anything in our lives. The law of Karma, as recognized in the ancient spiritual traditions of India reminds us that every choice made creates the landscape of our daily journeys. Both work hand in hand. For the Highly Sensitive, perhaps our naturally compassionate actions is a way of giving back to the world a taste of the  gift we have been given; a way of returning our capacity to feel deeply, to those who need it most.