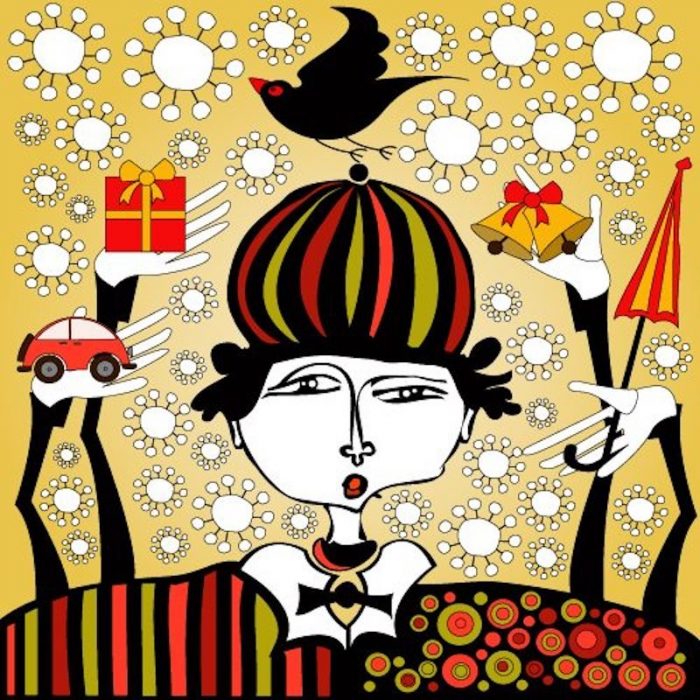 I love stories. They often take us by the hand and point out something obvious, something we couldn’t see just because we were so close to it. This time, I want to talk about a true story shared by the great psychologist Rollo May. It appears in his book The Courage to Create and talks about something a lot of us, HSP or not, have learned to do.

As an HSP, I know that I have used ruminating about things as a way to feel a semblance of control, especially at trying times in my life. I also know other HSPs who are prone to gnawing worry, prone to gathering anxiety.

It’s almost as if we learned to worry at an earlier, harder time and now we keep on using it as our protective shield.

While, of course, there are many different reasons behind worry and anxiety, this time we will talk about something specific. You might relate to what Rollo May says. You might not.

But his story tells us about something fascinating, a big way in which anxiety can be created. You might find it as insightful as I did when I first read it.

This episode is from May’s life when he was a graduate student doing research. As part of his work, May was studying anxiety in a group of unmarried mothers in a shelter home in New York City. These were young women in their late teens and twenties.

At the time that he began this work, May had, what he thought was a good, sound hypothesis: For these young women, predisposition to anxiety would be proportionate to the degree to which they had been rejected by their own mothers as a result of this unexpected pregnancy. Rollo May’s professors thought this. The commonly accepted wisdom in psychology also agreed with this.

But to May’s utter surprise, real life and psychological theory did not dovetail.

Only half of these young women that he was studying fitted this hypothesis. The other half did not fit in at all. They had not developed a predisposition to anxiety.

May was flummoxed. The very basis of his theory was being called into question.

A Special Insight Into Anxiety

The second group, the women who did not become predisposed to anxiety included women from Harlem and the Lower East Side who had been radically rejected by their mothers. They should have been very anxious.

May tells us about some of their extreme suffering and rejections.

“One of them, whom I shall call Helen, was from a family of twelve children whose mother drove them out of the house on the first day of summer to stay with their father, the caretaker of a barge that went up and down the Hudson River. Helen was pregnant by her father. At the time she was in the shelter, he was in Sing Sing on a charge of rape by Helen’s older sister. Like the other young women of this group, Helen would say to me, “We have troubles, but we don’t worry.”

This was amazing for May to hear. It challenged everything that he had believed till then. How could data he was gathering from all these psychological tests paint such a different picture?

But the truth was staring him in the face.

After being forced out of their house by their mothers, these young women had simply gone on to making friends on the street. They had somehow not developed that predisposition to anxiety that the other half had developed.

“How could this be? Had the rejected young women who had not experienced anxiety become hardened, apathetic, so that they did not feel the rejection? The answer to that seemed clearly no. Were they psychopathic or sociopathic types, who also don’t experience anxiety? Again, no. I felt myself caught by an insoluble problem.”

It was a problem that kept troubling May. But try as he might, at first, he couldn’t figure it out.

The Special Cause Of Anxiety

Like it often happens, he found the answer when he stopped looking for it.

Late one day, May put aside his books in the little office that he used in the shelter house. He walked down the street towards the subway. He was exhausted by trying to grapple with this problem. He tried to put the whole thing away.

Out of the blue, just when his mind stopped grappling with it, a thought popped up. All the women who did not fit his theory were from the lowest social classes. All of them came from poor, disadvantaged families. A chain of associations started forming.

All of a sudden, the real picture appeared. His old theory would have to be changed completely!

“I saw at that instant that it is not rejection by the mother that is the original trauma which is the source of anxiety; it is rather rejection that is lied about.”

It was not rejection itself, but rejection that had been lied about that caused anxiety.

As it turned out, the mothers of the poor women, the women who did not become overly anxious, had also rejected their unwed daughters. But they had never made any bones about this fact. Their daughters knew they were categorically rejected. Their situation, although hard, was clear to them.

May tells us that they “knew their world,” bad or good, and because they knew it, they could orient themselves to it. These women could go out on the street and find companions, other people who might sympathize with them. They knew the reality of their situation. They could decide which way to turn.

In contrast to them, the middle-class young women who had developed anxiety were lied to in their families. They were, in fact, “rejected by mothers who pretended they loved them.”

This pretending was the source of their anxiety, not just the rejection itself.

It was as if these middle-class women were caught in a haze. While they felt rejected by their mothers after their unwanted pregnancies, there had also been an outward show of love. They were confused by it, couldn’t see through the pretense, couldn’t see that in reality, they were being rejected. The lying made it hard for them to figure out where they stood exactly.

In the end, both groups of women had suffered and faced hardship. But only those women who had been cut off from the reality of their situation became predisposed to anxiety.

Could This Be A Cause Of Anxiety For You?

Something wasn’t right. But things looked okay on the surface. Maybe, you were told that you were accepted. But in many ways, your way of being, your very essence was summarily dismissed, utterly rejected. Because that rejection was wrapped up in words of acceptance, because it wasn’t direct, it probably left you confused about why you felt the way you did.

You might have lost your bearing. You might have stumbled for some time afterward, cursing your weakness, not understanding why anxiety seemed to have crept up on you. Wasn’t everything so normal?

Maybe, now, with Rollo May’s insight, one of the causes of your anxiety might feel clear. If this resonated with you, like it did with me, as you look back, I hope that you find compassion for yourself. You were doing your very best. You reacted in a way that every normal person does when they are confronted by something ambiguous, something murky. Because you needed to find your place, your orientation, you didn’t know which way to turn.

That, obviously, would cause anxiety.

Maybe, today, from this new vantage point, you can reach out to that person that you were. You can give them that real love, that real acceptance they were looking for. You can acknowledge the reality of where you have come from and the reality of why you might have been lost.

Maybe, that will help them feel better and will loosen that grip that worry has on you. It was pointing somewhere, only the direction wasn’t clear before.

What do you think? Did May’s story resonate with you? How can you reach out that lost little child inside and give them what they need?