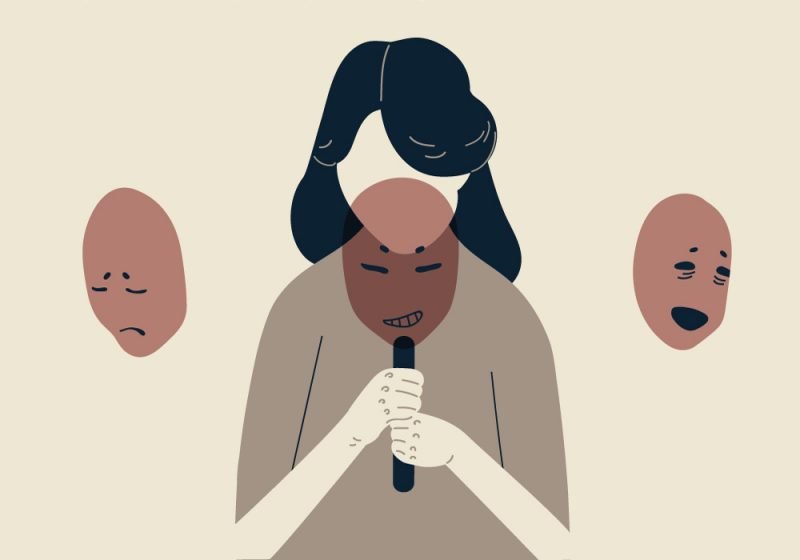 It’s two days before Halloween as my wife and I head to our favorite Italian restaurant in the city. Entering the foyer of the restaurant, I notice a message written on the chalkboard listing the night’s specials. In addition to mussels with plenty of garlic and Venetian zuppa de peoci soup, a psychic is also on the menu tonight. “This should be good”, I tell my wife as we walk through the dimly lit dining room to a booth along the far wall.

I had recognized the psychic’s name written on the chalkboard; a local woman named Carol well-known in the area for her accurate readings on a local radio show. Our antipasto has just been served as the night’s entertainment begins. Sitting on a stool in the front of the room, I notice as Carol politely refuses an appetizer brought over by the owner stating that she doesn’t eat before reading for people.

Noticing the owner’s surprise she explains that the food will make her sleepy and affect her energy. It was an awkward moment; the food in this restaurant was some of the best in the area and I don’t think the owner ever had one of his dishes refused especially when he decides to serve it to her personally. But she stayed true to herself; not letting social pressures distract her from the job at hand. Taking note of her behavior, I was pleased to see her actions embrace her identity.

Our main course was served as Carol began to walk around the room, stopping at each table. Since we were sitting over by a far wall, we had pretty well finished our meal by the time she arrived. Talking to my wife first, she addressed some health and career concerns my wife had before turning to me and studying my face for a moment. “You do some really good work with people” she commented; “But in public, you keep that side of yourself so hidden; why is that?”

Still studying my face, she raised her eyebrows urging me to say something. There wasn’t much I could say; the fact that she knew that I always kept my intuitive sensitivity hidden around strangers without having ever met me was a testament to her psychic sensitivity. Perhaps, in response to my startled expression, she gave me kind smile and moved on to the next table. Watching her walk away, I knew without a doubt that she had just shown me how I wasn’t comfortable in my own skin.

Still studying my face, she raised her eyebrows urging me to say something. There wasn’t much I could say; the fact that she knew that I always kept my intuitive sensitivity hidden around strangers without having ever met me was a testament to her psychic and intuitive sensitivity. Perhaps, in response to my startled expression, she gave me kind smile and moved on to the next table. Watching her walk away, I knew without a doubt that she had just shown me how I wasn’t comfortable in my own skin.

Being Comfortable In Your Own Skin

For highly sensitive people, it is very easy for us to feel the emotions and unspoken attitudes of those around us.  During our interactions with others, if our intuitive sensitivity prompts a negative reaction from them, we are painfully aware of it. And, if over time this pattern repeats on an ongoing basis, we can become very hesitant to show our sensitivity at all.

In my own life, as a child raised in a household where I was taught that men didn’t cry or show much emotion, I could feel my father’s disapproval whenever I got too emotional. There was always that unspoken judgment hanging in the air between us. Being that I could sense the emotions of the people around me very easily, this mindset created a conflict with my sensitivity when I was growing up. Funerals were especially difficult where I would feel overwhelmed by the mourner’s emotional energy circulating within the room. Taught that crying in public was taboo, I would fight my sensitivity to keep my emotions in check.

Now sitting in a restaurant many years later, I found it ironic that right around Halloween when it is tradition to don a mask in order to elicit a specific response from those around you, I realized that I had been following that pattern most of my life; hiding my sensitivity behind a mask of acceptable social behavior.

Learning To Accept Our Intuitive Sensitivity

To be comfortable in our own skin means we have to be accepting and nurturing to the gifts our sensitivity bestows us in the face of a culture where being highly sensitive with intuitive sensitivity may not generate a favorable response. The key here is to stay focused on our values; following our values keeps us authentic which in turn allows us to acknowledge, and work with the gift of our sensitivity.

In his Extraordinary Living Program, author Stephen Cope points out that in order to live a meaningful life requires we not only work with our gift but acknowledge the sacrifice which often accompanies it. For Highly Sensitive People, working with the gift of our sensitivity may require us to sacrifice the emotional need to fit in by not attracting unwanted attention. I find it interesting that Cope also states that most gifts are borne from a background of suffering at some level. Like myself, the majority of highly sensitive people I have met raised in dysfunctional family’s dealing with alcoholism or addiction issues also battle the “Don’t ask / Don’t tell”  syndrome of putting up a false front  in order to not attract attention to your family. Learned at an early age, we blend into our environments like a chameleon in order to avoid the predatory eye of judgment.

The Gift And Its Sacrifice

For the highly sensitive it’s not always easy. Recently, I spent an afternoon hiking with a friend who was grieving the death of a family member. Although I didn’t feel it at the time, the energy of her shared grief affected me on an emotional and physical level. Days later feeling moody and morose, I decided to take an early morning jog alone along the Mohawk River rather than meet up later that morning with my running partners Linda and Shelley. I simply did not have the energy to pretend that everything was OK with me and didn’t want my mood to bring them down.

However, in response to my text declining participation in our usual Sunday run along the river, I was surprised when both texted me back stating they would be on their way shortly and would meet me by my car. Shelley was the first to arrive. A highly sensitive person herself, as she got out of the car she immediately sensed my emotional state. As I spoke about my hike with our mutual friend earlier that week and its effect on my emotions, I saw her eyes tear up a bit as she went to hug me. My stammered apology wasn’t necessary. Shelley knew of my sensitivity and saw it hiding behind the mask of self-reliance I was trying to present.  “You need us right now” was all she would say.

Posted in Challenges Of Highly Sensitive People, Emotional And Mental Health, Social Problems
← Breaking The Failure TabooAre You Too Nice As An HSP? →