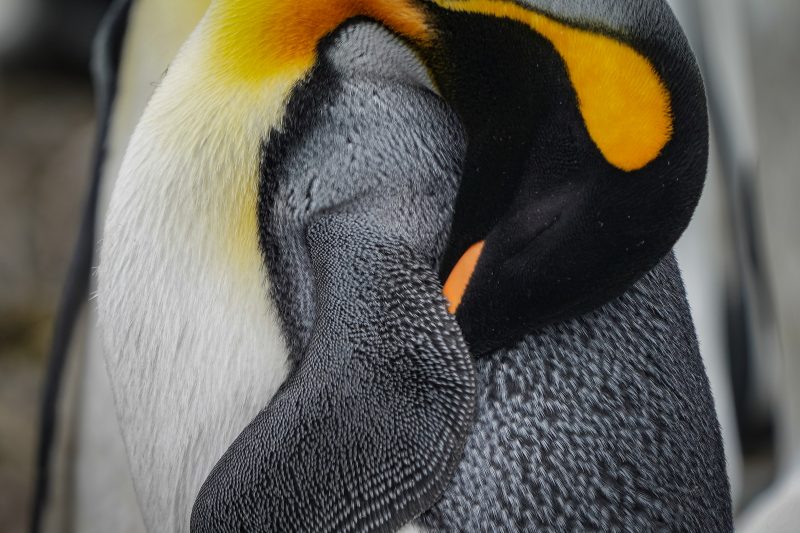 Photo by Rod Long on Unsplash I

A Sensitive INFP And Not Fitting In

For me, one such experience was in fifth grade in school in what was then called Bombay. It affected the way I thought of myself, and a fragment of that experience has remained with me through the passing years. It happened at the lovely Convent school for girls that I had just started attending after my family had moved from a different city. For around three years, from the fifth to the seventh grade, we had a needlework class. From the beginning, I hated needlework. I couldn’t figure it out. There were some people in the class who just got their assignments done by a parent. But although I hated it, I was a quite conscientious child and thought that was wrong. So, I tried to do it all by myself. More than once, as the school year progressed, the teacher was irritated with me and couldn’t understand why I didn’t get such simple things.

Then, one day, we were given an assignment to cross-stitch a printed pattern. It was on one of those cloth/canvas pieces with quite big holes, unlike the finer linen people use to make it easier for children. As usual, the teacher gave us instructions, and we began. I struggled and struggled, but for the life of me, I couldn’t understand what I was supposed to do. Mustering up my courage, I approached the teacher.

I was getting more and more flustered. Tears started crawling up. She was looking at me as if I couldn’t even get this one little thing as if I was dumb. But there were so many holes. They were shimmering and merging because of the tears I was so desperately trying to hold back. As the minutes passed and I still couldn’t understand, I started panicking.

What did she mean? It was possible to take the thread and put it back in so many different holes. There were so many holes. This was so hard. Why couldn’t I do anything right?

After what seemed like an eternity but was probably 15-20 minutes, my struggle and the class got over. I don’t remember how I completed that assignment, what I did later on. But I had learned something about myself, about my helplessness at not being able to do things right.

For years afterward, whenever I looked at some cross-stitched fabric painting in someone’s house, I had a nagging feeling that I was dumb, that I was stupid. How could I not figure out such simple things?

At that time, as a child, I didn’t think that my overwhelm, not being guided by the teacher and not feeling understood had contributed to my panicking, to my not learning. Like things do with sensitive children, the experience sunk a little deeper than such experiences do for others.

I also did not understand something else, something very important about me.

It’s only in the last few years, in my mid-30s, as I have learned more about being a sensitive INFP and thought back that I have had this small, but significant realization. I am a sensitive INFP, and as an INFP, I could see countless possibilities in that little piece of cloth. That was the way I saw the world. The truth is that it really is possible to take a thread, and pull it out from a not-approved, unconventional hole and make countless patterns (possibly also a mess, but still! ) on a piece of fabric. That is the very nature of creativity. It sees connections and inter-relationships between things. It is open to possibilities. There is no set way.

Especially as a child, with no preconceived notions of what a proper cross-stitch looked like, I was in a wide open field. When I started having the problem I was having, I wish someone had listened and seen that the way my brain worked was not the way their mind worked.

Looking back at that vulnerable little child, I wish someone could have told her, “You are not stupid. In fact, you are very creative. You see things in a different way.”

A sensitive INFP is considered one of the most creative types of people . If you are a sensitive INFP  creative, it’s very likely that school did not offer you an ideal environment. We have all heard that schools can kill creativity, but it’s important to see what that really means. It means someone made an assessment about your being, a part of your soul that might actually be the very thing that makes you unique, makes you stand out.

Without realizing this or at least working to realize that this might have happened, we might keep on coming up against feeling again and again, that we don’t measure up. But what’s really wrong is that we haven’t looked at the faulty belief which is causing that “on the outside, looking in” feeling.

From the HSPs I know and from what seems to be the case in online forums, it seems like a significant percentage of HSPs are either a sensitive INFP or INFJ. As two of the least common personality types, it’s no wonder that we can often end up feeling different and less than. We are often not mirrored back, often not understood. It’s up to us, then, to peel back the layers of our beliefs, unlearn the “right” way of doing things, and discover our own unique style, our own way.

Of course, this is not a problem that just a sensitive INFP faces. I think INTJs, another personality type that is less common, face similar (but different) problems of not being easily understood. Anything that makes you a minority in your social context, whether it is your personality type, your sexual orientation, or your cultural background is what makes you different and is what might make you misunderstood.

But maybe as adults, we can see that we are the only ones with the map to our own inner worlds. We can define ourselves, instead of accepting other people’s hasty assessments of who we are or making hasty judgments ourselves.

Posted in Challenges Of Highly Sensitive People, Creativity, Personal Development
← Let The Creative Process Help You To Achieve Your GoalsUnwrapping the Gift of Our Sensitivity →