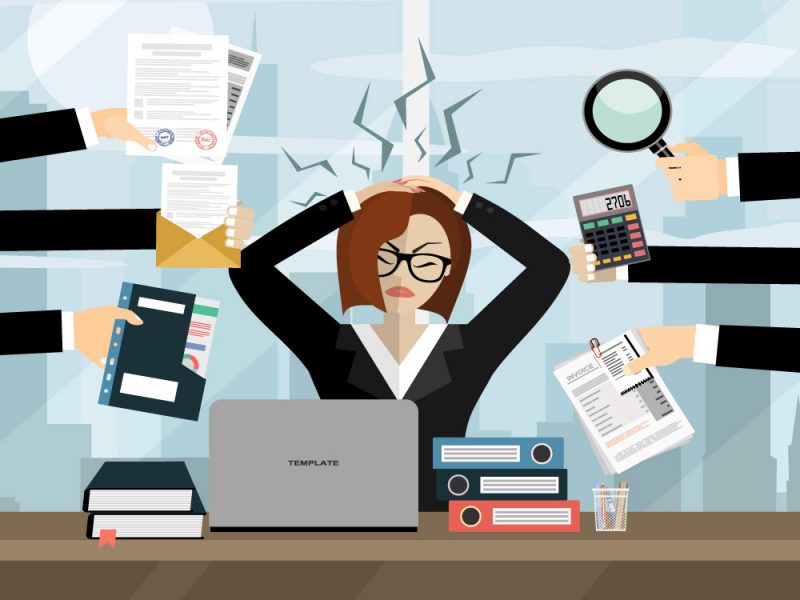 “These are interesting times we live in,” one of my account managers from Canada mentions as I finish a recent meeting with him here in New York during a visit to notify me of an increase in the price of pulp and paper. I knew he was referring to the reactions people across the world are experiencing in response to the words and actions of the new administration here in the United States. Ever tactful, he chose his words carefully since he had no idea of my feelings on the situation.

“Yes, they are.” I acknowledge with a quick glance at his face. Choosing not to engage in what I felt be may be a long conversation based on personal opinions,  I simply said;  “Let’s hope the commodities markets don’t start reacting to these interesting times  as well.”

I had the sense he was relieved that I choose not to dwell on his observation. He smiled and said nothing further as I shook his hand in the lobby and wished him a safe trip home.

Handling The Intensity Of Our Emotional Energy

His comment stayed on my mind, however. It served as a reminder of both the emotional and physical reactions I’ve seen in myself and other Highly Sensitive people around me from the emotional energy of the people around us as they react to the daily headlines which are so prevalent in our society today. Similar to our reflexes reacting to the tap of a Doctor’s instrument on our knee during a checkup, our sensitivity also reacts to the emotional energy of others in our environment as well.

In the paradise of Hawaii, there is a seven-mile stretch of beach on the north shore of Oahu named The Banzai Pipeline. Located in Ehukai Beach Park, it is a legendary spot for surfers as its powerful waves are considered some of the most dangerous on the planet. I visited that park as an adolescent and vividly remember the power of those waves. My father and I had been walking in the shallow water close to the beach when a large wave crested and knocked me flat. As I tried to get up, the power of the receding water pulled me toward the deeper water, preventing me from being able to stand as another wave came bearing down on us. Ever watchful, my father grabbed me under the arms, placing me back on my feet while the next wave crashed around us. The incident scared me as I recognized how quickly the energy of those waves overpowered me, and I never set foot back in that water again for the rest of the day.

Similar to powerful waves of the Banzai Pipeline, our society’s increased reactions to news & social media is creating waves of emotional energy in the environment around us. For the highly sensitive, our empathic nature will both feel and react to that energy regardless if we are conscious of it. Recently, I’ve noticed a trend when greeting highly sensitive friends and family and then asking how they are doing. Often, their response is that they don’t feel like themselves and are much more emotional than usual. Many have commented that they don’t know why they are feeling so out of sorts because these increased emotions are a new behavior. Experiencing these increased emotions is a situation where awareness of our sensitivity is important because, through our empathy, we can unwittingly soak up the emotions of the people around us. Similar to overstimulation, constantly processing the emotional energy from our environment can produce an increased emotional reaction in us if we are not aware of what is occurring. For myself, because empathy happens to be the area where my sensitivity is the strongest, I know from experience that being in environments where increased emotional energy is present such as weddings, funerals or hospitals can cause both physical and emotional reactions. Therefore, in order to deal with these large waves of emotional energy,  I use two focused steps:

Let’s start with awareness first. Remember that news and social media is often presented in a way which creates an emotional reaction in order to keep a persons attention focused on it. As a highly sensitive person, you may not only be having a reaction to the headlines yourself but be also be physically feeling the emotional reactions of people around you to those headlines as well. An easy method to see how the energy of the external environment may be affecting you is to find a quiet place and “check in” with your body on a regular basis and note any increased physical or emotional reactions being experienced.  Are you finding yourself more emotional usual? Another easy way to gauge your reactions is by measuring your behavior against your values. Since our values are our core beliefs we can always use them for directing our actions. For example, because one of my strongest values is in helping others, if I notice myself becoming irritable or impatient while driving, I’ll transmute that negative energy to a positive one thru courteous actions such as slowing down and allowing people to merge into my lane from a turn lane. A similar technique is to donate unwanted items to charity rather than selling them for profit because of the positive energy or “spin” created in the environment around me. Remember, that balance is achieved through an equal application of opposite forces or energy; so you always have the choice to balance out a negative energy with a positive behavior.

Employing strategy is applying your increased awareness to make focused choices in your life. Simply put, strategies are decisions made in order to control events in our environment. For example, one of the areas where media is prevalent is on our smartphones. We have a multitude of choices when it comes to media apps on our phones. But, we also have choices in how we want to handle those apps and this is where strategies come in. A strategy I use is to only have one news feed app on my phone from a news feed which doesn’t utilize a lot of dramatic headlines. I also limit social apps on my phone to one as well. To avoid distractions while I’m using the phone, I have all on-screen notifications from those apps turned off. If I find myself tired after a long day at work, a strategy I use is to listen to Podcasts or books on my phone rather than the news while driving. Don’t get me wrong, I don’t totally avoid news or social media, instead, I approach them on my terms so that I’m fully prepared for environment and energy I’m dealing with.

Utilizing exercise and friends are two other strategies which can be used for handling the energy of your environment. Because I love running, I spend time with members of what I joking refer to as “my running tribe” multiple times per week. You can always tell a member of your tribe because these are the friends in your life who validate you. For the highly sensitive, those friends who validate us are the mirrors in which we see ourselves from and are a key aspect to balancing out any negative opinions around us. One reason I chose to volunteer as half marathon coach for a local running group this past year was that in addition to aligning my actions with my values, it also added more friends to my running tribe.

The Sensitive Gift In Challenging Times

On my cell phone is an app for creating and saving notes. Mine is filled with copies of past texts from members of my tribe thanking me for the insights I’ve shared with them. I save them as a personal strategy, one used for balance during those times when the energetic waves of my environment feel like they may crest over me. As I read their words, I see life lessons learned through my empathy. They serve as a reminder that as highly sensitive people, it is our capacity for empathy which makes such a positive difference in how we interact with our environment and the people within it. Therein, lies the most powerful gift of our sensitivity; our capacity for empathy in the face of life’s uncompromising terms.