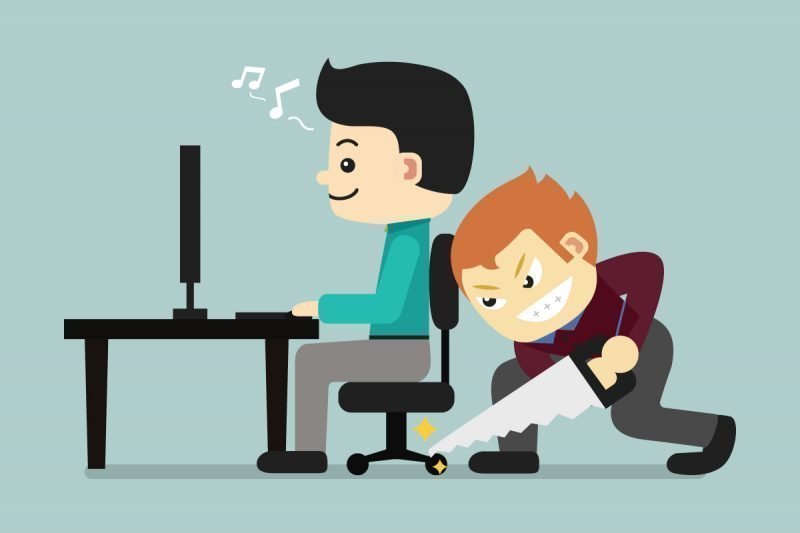 It’s been a few short months since my book The Empath’s Journey was released. It’s a memoir of rediscovering what the words “too sensitive” mean in my own life and is set against the backdrop of the first few years after I relocated from India to the United States.

Writing books has always been my long-cherished dream. Even during the years when I was another cog in the great corporate machine, looking at the ticking hands of my office clock, asking myself again & again: Am I an artist? Am I? – the idea of writing a book was always nestled deep inside me.

It’s taken many long years, bandaging many creative wounds & writing hundreds of thousands of words to get to this point of writing my first book. In some ways, I believe Thomas Mann’s words that “A writer is someone for whom writing is more difficult than it is for other people.” It’s been like that for me, slowly opening my once-quivering voice and letting my truth come out.

So, it’s been amazing recently when I, so soon after publication, got nominated for a wonderful award! My book serendipitously landed into the lap of someone who loved it, and now, I am nominated for the Rex Karmaveer Chakra Award, an award co-founded in association with the United Nations in India.

It’s an award that is given in different categories to people who are effecting social change, from activists to social entrepreneurs to artists. People I respect such as Harish Iyer, an LGBTQ and child rights activist, have received this award in the past. If I win, it will help my writing career, and also importantly, help awareness about being a highly sensitive person reach another cross-section of people.

My voice will become just a little bit louder and add to the harmony of voices that are already advocating for HSPs worldwide.

My family and friends have, of course, been delighted that I am nominated for this prestigious award. I have also felt validated that the lonely journey of writing the book over the last few years & wondering whether it was going to make any difference at all has found a positive answer so soon.

But what I really want to talk about today is the reactions I have gotten when I have shared the news of this award with people I know. A lot of it has been positive, but there have been some interactions that have retriggered my creative wounds.

One especially hurtful incident happened with someone who I suspect is a narcissist (since I am not a psychologist, there seems no way of knowing for sure). This is someone I can’t cut out of my life and have to interact with periodically.

This person has often disrespected my boundaries and in fact, tried to push against them time and again. They also don’t take responsibility for the ways in which they have affected my life negatively in the past. They seem to fall in the “grandiose” type of narcissist category who inflates everything they do.

And one of the ways you inflate yourself, of course, is to cut the other person down to size by minimizing them.

When my happy news was shared with this person, at first, to go along with the group, they congratulated me. Then, in the very next breath, they made a remark about how someone else they knew had also written a book. Then, in the next sentence after that, they said this other person was “just reading and writing” while they were in a transitionary time in their own life and before they got back to “real work”.

So, first, they went along with what others were saying. Then, they had to level the field. Writing a book was nothing special. So many people did it! In fact, they knew someone themselves.

The fact that the award is nationally-recognized and prestigious didn’t matter. Their interpretation mattered.

So, in a few short sentences, they had discounted an achievement that has taken me decades to get to and that I should be proud of. The roundabout way in which they said this meant that other people present didn’t quite notice, or if they did, didn’t pay attention to it.

But I felt it. My energy sank. I felt like I’d been punched.

I didn’t say a whole lot , but I have improved at asserting myself over the years. So, I did say that my experience of writing the book was not similar to this person who was only doing it in the meanwhile. I also said that I had spent hundreds of hours on my book, if not more. I stood up for myself.

After this interaction, I felt the wounded little child inside me flailing around. I also found myself second-guessing: “Was what they said really that bad?” Maybe because they didn’t themselves care about reading or books, maybe it was because of that that they didn’t value the award.

But then, when I really thought about it, I knew this was a pattern with them.

Yes, not everyone is happy when you succeed. Yes, some people are jealous. Yes, a few other people had also reacted in some weird ways when I told them about the nomination.

But this specific person always did this. They used double-meaning words and put-downs that I always felt but could not always pin down. As usual, after talking with them, I often felt worse. My earlier good mood was deflated like a balloon or like a battery from which all life had been drained. I felt “less than,” and bad about myself. Of course, this was partly triggered because of my own inner stories of not being good enough.

But the thing is, normally, most other people didn’t trigger me in the first place (even though I had wounds) because they didn’t say things that were minimizing or discounting. They didn’t go out of their way to throw cold water or actually try to take me a peg or two down. They didn’t always have to have the upper hand or appear superior like this narcissist.

Obviously, it’s hard to navigate a dynamic with a person who doesn’t say anything directly but always leaves you feeling bad about yourself.

When my stories of “Nothing I do is ever enough. What else do I have to do to be seen, to be acknowledged? What other award do I have to win?” were triggered after interacting with them this time, I was again in a loop.

I was again hurting, or rather, the little unacknowledged, unheard child in me was hurting.

But the thing is, as an adult, I know that this person’s words don’t matter in the end, even though words are very important to me, even though I often feel an energetic hit with undermining words.

Finding Compassion For Yourself When Attacked By A Narcissist

When I  was able to shift to my adult state and soothe that little child inside, I knew that no one’s words can take away the fact that I have finally made my dream happen.

There are unfilled needs inside me. I used to be a little ashamed at having them in the first place. But there’s nothing wrong with unfilled needs. As human beings, we all have needs. We all need love, appreciation, acknowledgment. It’s okay if we feel unfilled in certain parts.

It is the same for you.

I know it’s very hurtful to be dismissed and invalidated. I know words can be used as arrows and strike us in places that are soft and vulnerable. I am definitely not the “Sticks and stones may break my bones but words will never hurt me.” kind of person.

It’s not because some specific people have some mystical dark superpower. It’s because they are often using the energy of words, the energy of their actions to undermine us, to bring us down.

But we can draw a protective barrier around us. We don’t have to give access to these energetic drains – whether they are habitually negative people or seriously problematic narcissists – and let them into our lives. And if we do have to interact with them for some reason, they need only have limited access.

And yes, if we get bruised in this process, we can love ourselves a little more. We can pull a comforter around us, whether it is our friend’s kind words or the affirmations we look up and read to ourselves. We can validate ourselves. We can be the source of our own good.

If you are anything like the many wonderful HSPs and empaths I know, I know you give a lot of yourself to this world.

Posted in Challenges Of Highly Sensitive People, Emotional And Mental Health
← Empowering Parents With Sensitive ChildrenErased – The Challenge Of The Marginalized →