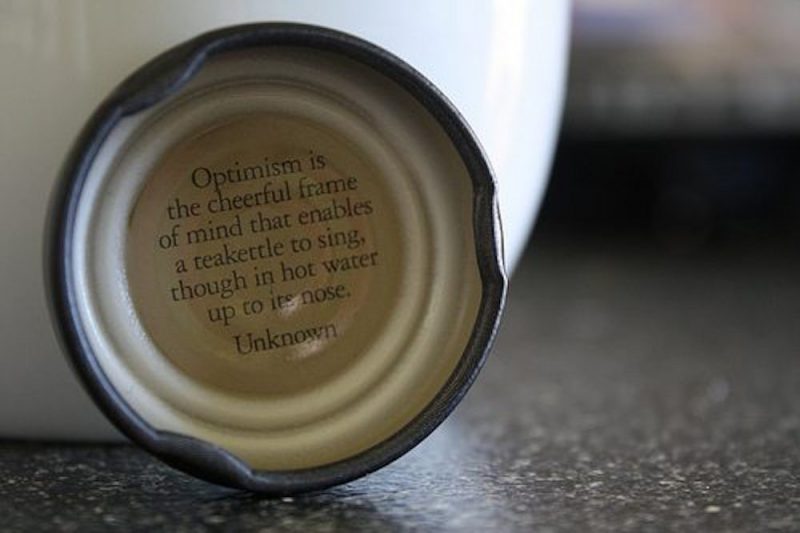 Nature Neuroscience published on October 9, 2011 the findings of a study conducted by researchers at the Wellcome Trust Centre for Neuroimaging at University College London on the question of pervasive optimism. The scientists wanted to understand why people maintained optimism in spite of negative information and found that humans have “faulty” processing in their frontal lobes.

The study evaluated the MRI brain scans of 19 volunteers, who were tested on a wide range of 80 negative life events including family tragedies, major illnesses and violence. The volunteers were expected to estimate the probability of the event occurring to them, after which they were given the average probability. All participants recorded their final answers on a questionnaire.

Wellcome Trust’s press release offered this observation from Dr Sharot, one of the study’s researchers: “Our study suggests that we pick and choose the information that we listen to. The more optimistic we are, the less likely we are to be influenced by negative information about the future. This can have benefits for our mental health, but there are obvious downsides. Many experts believe the financial crisis in 2008 was precipitated by analysts overestimating the performance of their assets even in the face of clear evidence to the contrary.”

Although many conclusions can be drawn from this study based on one’s inherent optimism of pessimism, pervasive optimism suggests an inherent bias towards our own survival.  It may also suggest that our bias may also be towards problem-solving rather than data.  If a participant thinks the less favorable averages are wrong, inapplicable or can be overcome then ignoring the negative average information makes sense.

Human optimism may be why we have come so far against great odds to create what we have.  Although there is no question that inappropriate optimism can be harmful as the study suggests, we are probably better off for being optimistic.

Posted in Emotional And Mental Health, Research
← Stress Creates 50% Mortality Risk In Some Men According To New StudyThe Misery Mind →