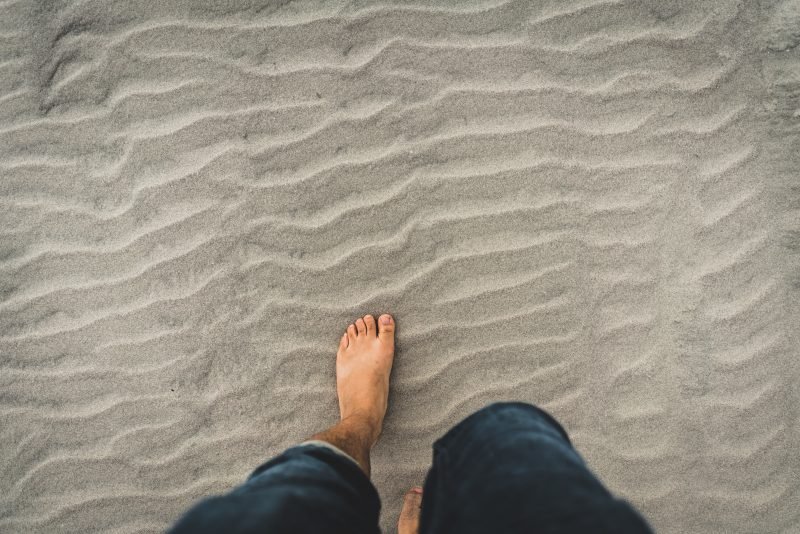 If you are a highly sensitive person who belongs to an online community for HSPs such as a Facebook group, you might have heard other sensitives say things like “I feel like I am an alien” or “I feel like I don’t belong on this earth.” As someone who has felt these exact same feelings, I know how valuable it is to be seen by kindred spirits. I know that these groups hold a mirror to the most precious, unseen parts of us, and they do us a lot of good.

But there’s also a shadow side to them. Sometimes, as we are telling our stories in these online communities, our beliefs about sensitivity and our wounds can get mixed up. Our wish to not be here in a world that has felt cruel and unjust in the past can get amplified.

For highly sensitive people, there’s a real danger of getting seduced by the world of our imagination so that we can escape from our frazzled and overwhelmed bodies. But this is the exact thing that keeps us stuck in the cycle of overwhelm. Our bodies need us to be inside them, not to be floating up in space. And one way to do this is by practicing the energetic skill of grounding.

How do we ground as highly sensitive people?

I am pretty sure you have heard of the classic grounding exercise, which is about visualizing that you have roots growing down into the earth just like the roots of a tree. You can either visualize these roots growing from the base of your spine or from your feet (I like the base of the spine.)

Even if you are high up above the ground in a building, you can imagine that your energetic roots are growing down until they reach the earth for support. What we are doing when we use this image is focus our attention on our connection to the earth. If you have never done this before, this connection might feel faint or subtle at first, but the more you practice, the more you’ll have this felt sense of connection to the ground below you and of energy flowing through you.

This felt sense of connection to the earth and to the physical plane is what is called Grounding. When we are grounded, we feel more stable & secure, and we have a way to tap into the energy of the earth.

If we are not grounded, it’s almost as if we are a tree that is trying to uproot itself from the ground and escape into the sky above. The sky is great, of course. But just like trees, we need both sunlight & air as well as a connection to the ground underneath us to thrive.

One of the biggest mistakes people make (through no fault of their own) when they learn this grounding exercise is to do it in the moment when they need it. But grounding is NOT something to start doing in the moment to cope (maybe, you have set a boundary & are now feeling shaky as you confront the other person’s anger).

Doing this is like expecting yourself to ride a bike with zero practice. I think energetic healers do us a huge disservice when they don’t emphasize that grounding is an embodied SKILL. It’s something to practice EVERY DAY just as you would practice learning how to ride a bike.

Think about it. The skill of riding a bike becomes embodied the more you practice. And once you learn how to ride a bike, that knowledge lies deep within your body. You don’t have to think about it. Your body does the thinking.

In the same way, the energetic skill of grounding becomes embodied the more we practice it. So, if you have tried this grounding exercise before, try doing it consistently and see how you feel after a month. It’s okay to start with 5-10 minutes a day (even that will make a difference). The more you practice it, the more it will become a part of you. If you have a history of trauma as a highly sensitive person, grounding can be a lot harder.

Grounding is hard for many of us. It’s not the kind of thing we learn in school. But there’s another side to the equation. If you are someone with a history of trauma, grounding can feel even harder.

My heart goes out to you if your feelings of safety were shattered in some way. Maybe, you were physically abused as a little child and coped by fleeing away from your body. Maybe, you were an unwanted child and someone actually told you that. You might have made up a fantasy world that felt safer than the real world.

After my book The Empath’s Journey was released, I heard many horror stories from sensitive people about why their sensitivity has often felt like a double-edged sword to them. The damage that trauma can do to our very being is an extremely hard thing to deal with. Our right to trust develops a hairline fracture. We become shaky about our right to take up space.

And when we try a grounding practice with trauma stored in our bodies, we can get overwhelmed because now we are touching those difficult feelings & sensations that we had disassociated from. It can feel like touching a burning hot stove or like the pain of unfreezing something that was frozen in time.

So, if you have trauma from the past and find it hard to stay grounded, working with a healer who works with a modality like EFT (or a therapist who combines talk therapy with body-based somatic therapies) which can help release trauma is really needed. Once you have let go of these overwhelming sensations or at least reduced their intensity, the degree of safety you feel in your body will increase. And then, it’ll be a whole lot easier to connect to the earth below

Another thing I want to add here is that even without trauma, staying grounded can feel hard because it asks us to put our attention on our bodies. It makes us aware of difficult feelings that we might have been previously numb to.

So, if you have ever felt irritated or sad later on in the day after doing your grounding practice, it’s not because you are doing grounding wrong. It’s simply that you’ve put your attention back on to yourself instead of numbing your experience. So, you might need a way to process any difficult feelings as and when they come up.

All of this is to say that becoming more grounded, even though it sounds simple in theory, is quite a journey with its own unique twists and turns when we practice it. But doing this practice is hugely valuable.

Grounding is a breakthrough skill to master for any sensitive person who feels pushed around by other people’s feelings. If you feel like other people’s anger or expectations push you from the stand that you are trying to take, grounding is the skill to practice.

Once you feel stable and secure, it’s much easier to push back and say no to people. And if you feel like you don’t belong, grounding can give you the experience of belonging to the earth. Just like any other plant or animal on this earth, you have a patch of land that is yours to claim. Just like any other plant or animal, you have a right to be here.

I hope that you’ll try grounding. And if you have tried it before, I hope you’ll dust off your practice. It can be the gamechanger you are looking for to shift your day-to-day experience as a highly sensitive person.

Posted in 2021 Empowerment Guide
← The Pandemic Effect On Overarousal, Limits And Boundaries For HSPsEnergetic Boundaries: The One Thing Most HSPs Don’t Know About But Desperately Need →