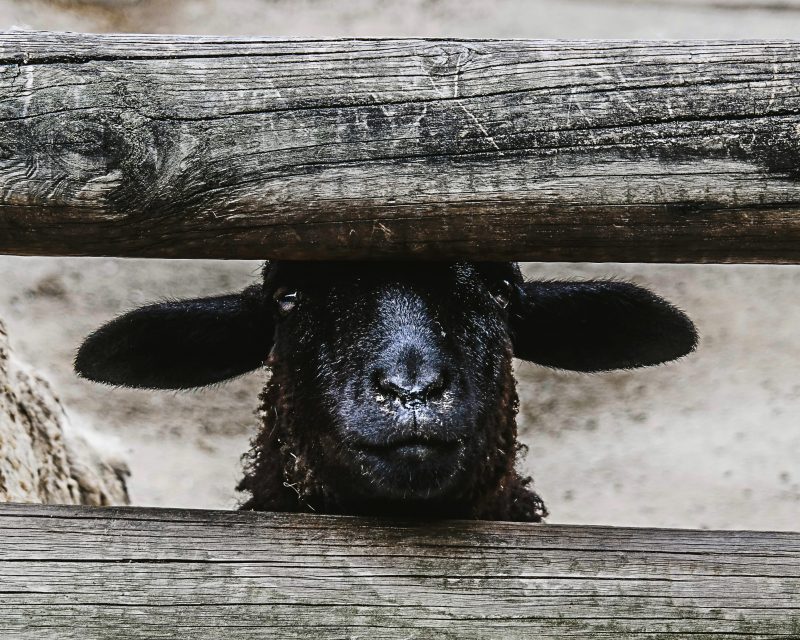 Some time back, I had a mini-interaction with someone pushy, an encounter that I, as an HSP, quite dread. This time, I paid attention to the dynamics of this initial conversation and thought about what that told me about the other person, instead of discounting it like I used to do in the past. As HSPs, I think we do register early warning signs of problematic behavior often enough but don’t often take them as a data point in forming an impression of another person. Instead, we overrule our intuition and discernment by thinking we are being judgmental sometimes becoming too nice.

But maybe, you, like me, have had enough experiences of seeing that you do tune into subtle details and that it would serve you well to pay heed to them.

Is It Problematic Behavior?

So, it went like this. I volunteer at an animal shelter, which has lots of other volunteers and part-time staff. There are always new faces and new people around.

When I go in to socialize dogs that are new to the shelter and waiting for their forever-families, I have two options. I can take them out of their small, individual mini-rooms to go for a run in a larger hall meant for this purpose or if I am comfortable with them, take them out to an enclosed lawn where they can be even freer. Whenever a volunteer takes a dog out to these areas, we also close the door behind us and turn on the sign to say that this area is occupied, so the other volunteer on that shift doesn’t come in (different dogs can get snappy with each other.)

This day, as I was playing with a little dog on the lawn, a person I had seen and casually nodded to before, came into the area. He had seen me from the floor-to-ceiling glass windows of the other hall, so he knew I was the one there. He strode into the lawn, and even though he wasn’t much taller than me, his tone was immediately brusque and intimidating. Almost in his first sentence, he accused me of operating the dishwasher the day before in the wrong way. I forget what exactly it was, but something had gone wrong with it and there was quite some clean-up involved afterward (Like many other places, sometimes, this place gets short-staffed. Whenever that happens, they put up a sign asking volunteers who can spare the time to help out.)

While I had been at the shelter the day before, I hadn’t had additional time to chip in. I told this man that. At that, he didn’t say sorry. He didn’t acknowledge that he had assumed that just because he had seen me around the place the day before, I must be the one who had loaded the dishwasher, even though numerous volunteers came in every day. Once I had said No, he proceeded to ask me some questions about myself and how often I came in. Then, he shifted the topic to telling me, in a boastful tone, how the San Francisco 49ers, the famous football team, had come into the shelter recently. I said That’s Nice. Then, he went and sat on one of the two chairs on the lawn, picked up the dog I was playing with, and put her on his lap. He started telling me about something else.

I kept standing. I didn’t move towards him. I wasn’t sure what to say next. I felt as if my space had been invaded. I had been coming to this place for months, and this was the first time someone had barged in like this. This was my space for these few hours. First, this person had been rude, and then they had come and made themselves at home, telling me all about themselves. I hadn’t invited them to stay.

I just kept standing where I was, looking at them. I didn’t smile. I didn’t ask anything. I think I looked a little puzzled as to why they were still there. After a bit, it got awkward (which was okay with me), and they got up and left.

The Potential Harm In Being Nice

At home, when I told my husband about this little encounter, he, of course (and rightly so) told me I should not have answered this person with an explanation, but instead questioned them why they thought I was the person who messed up. Alas, I got on the defensive, even when there wasn’t any reason for it. That was true enough and something to think about for the future.

But as I thought a little more about this interaction, I also thought about how it had contrasted with another interaction on this same day. Another new volunteer, who came in to change the drinking water for the dogs, had apologized profusely for disturbing me, even though she had just made a genuine mistake. So, while I had not been assertive enough with that man, there was also something inherent in that pushy person that had made the interaction tricky.

I thought about why this guy had chosen me to come and blame. Was it because I was too open and gave signals of being too open when I usually came to the shelter? There had been a time when he had seen me with a needy, little chihuahua, sitting with him on my lap, for the whole two hours. Did that show some kind of acceptance that manipulative people look for?  Did he, like other people in my past, look at me smiling a little too much and cotton on that I was too “nice’?

Whatever it was, it wasn’t that only these behaviors or my signals in themselves had been the problem, like I sometimes thought, feeling victimized when I came across people like him. The truth was that with 99% of the other people I had come across in the shelter, I had had pleasant experiences. But with the people who were more aggressive,  I needed to see that I had to alter the way I behaved slightly. I had to not be so “nice,” not be so afraid of being rude. Although this was just one small interaction, I also thought about how this person had almost come looking for me. In the past, although I had sometimes gotten entangled with problematic, unhealthy people by approaching them, often these problematic people approached me. That was something to be aware of.

Another small detail that stood out for me later on, was how this guy had boasted about welcoming the San Francisco 49ers. It turned out that it was not the actual players, but the staff associated with the team that had come to the shelter. Of course, that’s great too and the staff’s hours volunteering were as valuable as if the actual team had shown up. But in this context, it felt like a signal of the way narcissistic people often toot their own horns, over-exaggerate things and almost claim credit by association that other healthy people don’t.

This was just a small interaction but it did tell me something, just like my getting on the defensive immediately told this guy something about me. In the past, I would have multiple interactions like these and then make up stories to excuse slightly off behavior. But now, I think all of this is information. Every time you interact with someone, they show up a certain way and both your intellect and your intuition are telling you things. Experience has shown me that when I feel something is off, it very often is, even though I can’t validate it right then and there. But I can observe. Instead of idealizing someone just because they volunteer at a shelter, I can pay attention to details and let that awareness help me understand how to deal with them.

Learning To Trust Ourselves

As an HSP, we are often not thinking about power and power plays. We like to connect one on one. But in doing that, sometimes, we fail to notice that there are some people out there who don’t think like us. They operate with a different set of rules. That’s just the way it is. It’s not that we attract them specifically. It’s just that these people are always looking around for someone or the other to push around, to blame. You might have come across a person or two like this if you are working in a corporate setting, for example. They think that non-competitiveness or being agreeable means that you are somehow less than them or that they can get away with a lot more.

But as HSPs, we also have access to something else. All the information that sometimes so overloads us also brings with a tendency to tune in to details and nuances. If you think back, I am sure you can think of many instances where your first assessment of a person was completely on-point. The only thing is to give ourselves permission to see this and not to talk ourselves out of it.

Are we listening to our intuition? Are we observing how our interactions with other people play out? Are we giving ourselves credit and learning to tune in to our own inner sense of people and things? Let’s you and me, trust ourselves more and see that we do have good instincts, instincts that can protect us if we only fully own them and listen to them as they tell us to go this way or that. Step by step, we know what works or doesn’t work for us and whose energy feels good and whose doesn’t.

Posted in Challenges Of Highly Sensitive People, Emotional And Mental Health, Social Problems
← Masking Our Intuitive SensitivityStuck In The Spider Web Of Approval? →