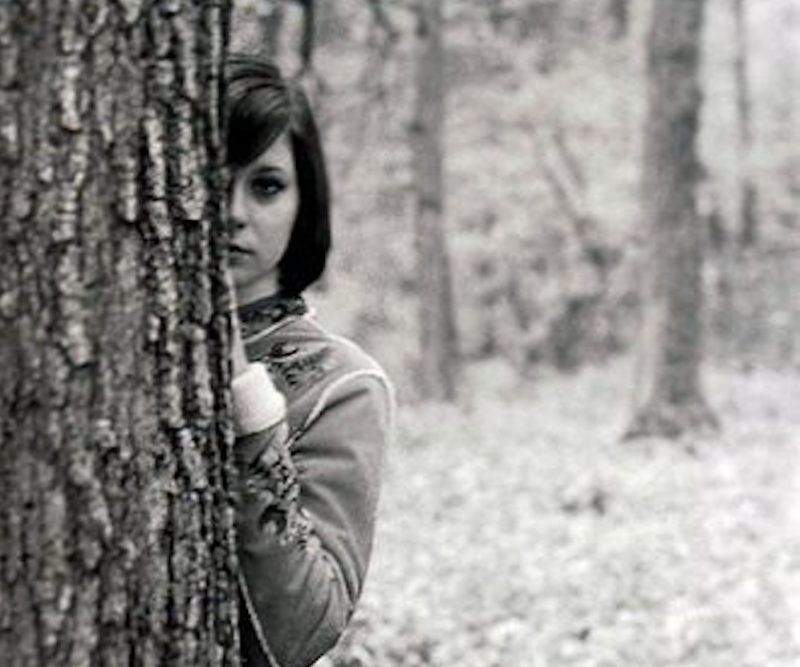 ” We need to spin you happy ” Danielle mentions as we walk along the tree lined path by the Mohawk river. I have always loved walking that path especially during those times when life was wearing me down. Like the bare trees around us which had dropped their leaves weeks before, my spirit felt stark and colorless. Unexpectedly,  my Highly Sensitive nature  experienced the emotional vacuum which can hit novice runners after their first half marathon is over. Now with the race and training behind me, there was a depressing hollowness in its place. Most runners will tell you; the underlying truth is that the time spent training for a race irrevocably changes how you see yourself and who you are. The person crossing the finish line is not the same person who began training months before. In that hollowness, the voice of my depression reminded me that once our awareness is changed by a new experience, we can never go back to who we were before the experience occurred.

Danielle had run the same half marathon. A Highly Sensitive woman whose intuition was uncanny, she was one of those voices of awareness in my life which always seem to cross my path when the timing is right.

“Let’s start with some gratitude;” Danielle tells me; “Who or what are you grateful for? ”

Besides the standard answers such as my wife, family, friends and health,  I’m not sure how to answer her. Something in the tone of her question tugs at my thoughts and I have a feeling she is  pointing something out. Contemplating her question as we walk by the marshland, I see the dried stalks of marsh grass bending in the cold November wind. As they sway back and forth, an interesting paradox appears in my thoughts; if my Highly Sensitive nature allows me to  feel and react to the multitude of energies contained in the environment around me, then why was I struggling to identify the positive aspects of my life? Through her question, Danielle was pointing out that similar to the movement of marsh grass alongside us, my emotions were bending under the force of my perception of the situation.

Recognizing The Energy Behind Our Thoughts

As Highly Sensitive people, one of our gifts is in feeling the energy of the world around us with an intensity unknown to those who have not experienced it. But like any gift, sensitivity requires awareness of what we are actually dealing with. While the emotions generated from strongly felt viewpoints can feel all encompassing, it is actually the energy of the experience and how we perceive that energy which also generates our emotional response. With the Highly Sensitive it is more than just forming an opinion after perceiving the glass as half full or half empty; instead, we want acknowledge our capacity to feel the energy of the experience itself and ask ourselves how we are reacting to that energy. In my case, there was an energetic vacuum created after the race was over and my friend Shelley and I were no longer training. Unexpectedly feeling the stark energy of that vacuum floored my emotions, dragging my spirit down with them.

Our Perception Of Energy

The study of physics teaches us that energy in of itself is impersonal. Yet, for the Highly Sensitive it never feels that way. It is very easy for us to label ourselves as “too sensitive” especially when the energy of the environment and people around us as perceived through our senses, creates a multitude of responses. Adding in the emotional weight of negative thoughts or self perceived judgments to the physical and emotional reactions of our environment can turn that label into a self fulfilling prophecy. One of the most common themes I’ve encountered through posts on social media websites dealing with the subject of Highly Sensitive People is that the majority of us perceive the reactions caused by our sensitive nature as a negative trait for the additional burdens it places on our lives.

Is The Glass Really Half Full?

So how do we balance our lives in the face of our constant reactions? The key is awareness. Anytime we react to energy regardless if it is the energy of the environment or simply the energy of our thoughts, a simple way to focus our awareness is by asking two questions; what am I feeling and what do I need. Labeling a reaction is easy but can leave us feeling victimized if we stop at that point. Understanding a reaction and the energy behind it is much more proactive especially if we tailor our response to it by focusing on our immediate needs.

One of the things I do to keep my perceptions accurate is to surround myself with people who validate or share my perceptions. Since I’m emotional by nature, the energy of my emotions can cloud my perceptions especially when I feel strongly about something.

This past October I ran my second  half marathon with Shelley and another long time friend, Linda. Since we had been training since March, the month preceding the race had been physically tough on my body. I constantly felt tired. Two weeks  prior to the race, a muscle spasm in my hip during our test run of the course  left me unable to run the full length of it. Fearing I wouldn’t be able to run the entire race, I decided to share my concerns with Kim, another friend who was an accomplished runner and triathlete as the energy of my fears were building on a daily basis.

” Ed, the hard part is over with; your training is done.” Kim tells me. “Running the race this weekend is about having fun. Enjoy the company of your friends and the experience of the race itself instead of worrying about crossing the finish line.”

Her comment reminded me of a quote I had read earlier in the week stating that success in life isn’t always about happy endings but instead in our ability to fully understand the stories behind those endings. Behind the energy of my fears was a goal oriented viewpoint perceiving success as only as crossing the finish line to the exclusion of all else. Although she acknowledged the fear of not completing a race due to an injury, Kim still pointed out that there was much bigger picture to be considered; which was the energy of the race itself.

On the Sunday following our conversation, I did run the entire race. In the week which followed, I presented both Shelley and Linda copies of a photograph a race photographer had taken of the three of us running together about a mile before we crossed the finish line. I had chosen that particular photograph because reflected in our smiling faces was the energy of our journey together. Since my perception of the race was one of gratitude for their commitment to train and run the race with me, I needed to thank them. So at the top of the paragraph, I added a quote by Tim Cahill;

“A journey is best measured in friends rather than in miles.“

It was what I was feeling and what I needed. As I handed it to them, seeing the emotion cross their faces as they read the quote, I knew each felt the energy of my intention to honor our journey together.

For the Highly Sensitive, perception contains the gift of awareness. Yet, working with the energy of our perception encompasses much more than forming a viewpoint; distilled down to its essence, it is a way of recognizing the energetic details of our journey so that we can spin ourselves happy in the face of a cold November wind.

Posted in Emotional And Mental Health, Magic Of Sensitivity
← How An Empathetic Nature Can Block CreativityHSPs And Developing Self-Compassion →