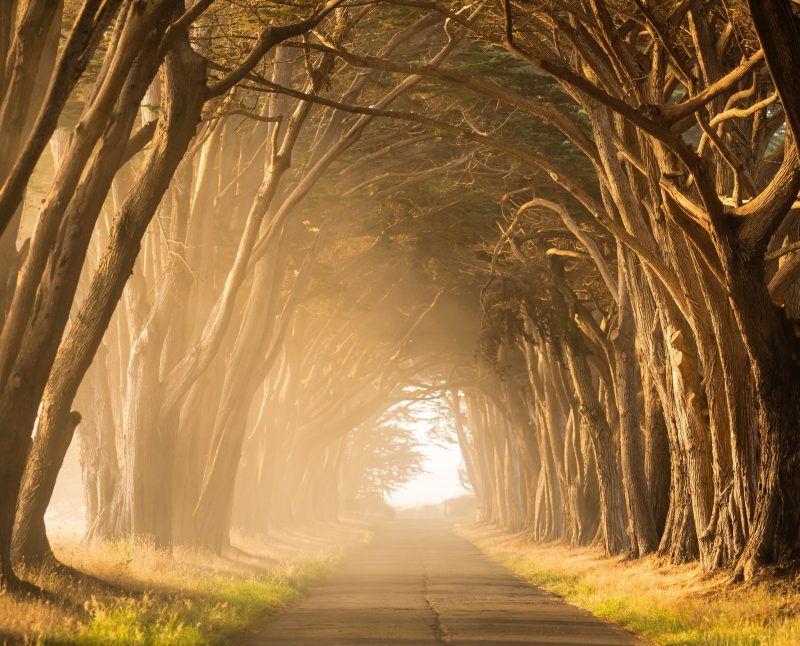 “All of life is a circle” my meditation teacher tells me during a discussion on  the lessons life often presents; “Regardless of the starting point, at one time or another life’s circumstances will always steer you back to similar circumstances; if for no other reason than to allow awareness of the progress of one’s own journey.”

In my memory of that conversation, the point he made lingers. While time has shown me that it is all too easy for the Highly Sensitive to fall prey to any negative emotions generated during these experiences, over time I have realized that it is actually our sensitivity which plays a key role in also allowing us to recognize the lessons in growth contained within the experience. Similar to a double-edged sword, our sensitivity can hinder or benefit us; it all depends on how we are working with our sensitivity.

Working With Our Sensitivity

Working with our sensitivity may seem like a strange concept. Similar to how we work with our sleep dreams, we can be passive or proactive with the experience. The key here is in recognizing that being a Highly Sensitive Person is not an identity as our ego’s would have us believe. Instead, it is simply an aspect of our energetic makeup which in itself has different aspects; one of which is intuition. Sensitivity and intuition often go hand in hand. A favorite teacher of mine put it succinctly when she  commented” It’s all about energy” when I had asked her where intuition comes from.

As I exited the building where our meditation class was held, I saw the lone figure of a friend, Kira, sitting on a bench by the Koi pond.  A tall, thin blond in her sixties, Kira held herself with a quiet dignity that I often admired. As I walked up behind her, intuitively I could feel that dignity was not foremost on her mind as she looked across the pond seemingly mesmerized by the occasional flash of gold and white as the Koi fed in the early morning stillness. One of the gifts of being a  Highly Sensitive Person is that we can easily feel the energy generated by emotions of others especially if we are within an arms reach of them. For me, it is a quick feeling in my midsection followed by that quiet, unassuming voice in my head speaking of emotional patterns and images.  Sitting next to her after a brief hello, I could feel that someone had said something emotionally painful to her. Questions of her worthiness lingered in her thoughts; a cloud of negative emotions obscuring the warmth of morning sunshine which surrounded us.

How Do You Work With Energetic Experiences?

In these situations , there is often a choice which presents itself ; we can be passive and simply acknowledge the emotional pain felt by ourselves or others as we journey through the experiences life presents.  Or, we can be proactive and use the energy in working with our sensitivity to tap into our intuition and search for the lesson behind the experience. Being proactive won’t make the lesson any less painful, but it will move us from a victim stance to one of power; instead of going for a ride and observing the scenery we are now driving the bus.

I knew Kira was a Highly Sensitive Person from the moment I met her.  Often quiet in groups,  she preferred to sit towards the back of the room during our class. In an earlier conversation, she had told me she was divorcing her husband and being that this was her second marriage there was something reflected in her eyes which spoke of the emotional toll being paid. Now sitting with her, I wondered how I could follow the philosophy our meditation teacher often spoke of; that there is a lesson in growth in each and every moment of our lives.

When working with intuition, I always start by checking in with my gut; that is, I concentrate on the area just behind my belly button to see how my sensitivity is reacting to the energy of the person I’m working with. In this case, I experienced a strong feeling of blame and in my mind I saw an all too familiar pattern to which we all fall prey; faced with the negativity of the situation she was blaming herself for everything that had happened. As I searched my intuition for an  answer, suddenly I knew I needed to share one of Aesop’s fables with her; the story of the Scorpion and the Frog.

Turning to her, I asked her if she knew of the story of the Scorpion and the Frog. As she shook her head no, I began to recite the fable.

“A scorpion and frog meet on the bank of a river and the scorpion asks the frog to carry it across the river since the scorpion was unable to swim across. Ever mindful, the frog asks ” What assurance do I have that you won’t sting me as I carry you?”

The scorpion replies; “If I were to sting you, I too would drown”. Satisfied, the frog allows the scorpion to climb on its back as they set across the river, however midstream the frog feels the sting of the scorpion.

“Why are you doing this to me?’ the frog gasps as it grows weaker, knowing that their drowning is imminent.

“Because it is my nature.” the scorpion replies.

Finding Grace When Working With Our Sensitivity

Kira studied my face as I finished speaking. Because intuition can be  accessed through a person’s eyes, I watched  her eyes as I presented the lesson I had  observed through the fable;

“Perhaps your divorce centers around that fact that like the scorpion, your husband’s true nature is to sting causing you both to drown. In every situation there are two sides to the equation; take responsibility for that which is yours but also recognize the true nature of the person you are dealing with.”

As I spoke, I could see awareness register in her her eyes. She understood the lesson and I could feel that over time she would then see how the metaphors contained within the fable could help her understand the experience of her divorce. It wasn’t up to me to teach her those connections within the lesson; instead my role was to lead her to awareness of the lesson itself. To fully understand it, she would need time for contemplation. Only then, would healing begin. Giving her time to do just  that, I  leaned over and gave her a brief hug before walking back to my car.

The following week, Kira came up to me after meditation class. I could feel the question in her eyes before she asked it; “How did you know to share that particular story with me?” It was obvious from her expression that the lesson had hit home with her.

“It’s all about energy or using our sensitivity to perceive the environment around us ” I replied. “We are taught in class that we are all droplets in the same ocean of humanity; perhaps intuition allows us to see beyond the waves.”

I could tell she wasn’t entirely satisfied with that answer. She wanted something concrete to explain how I knew of her husband’s nature which she had never spoken of. However, it has always been hard for me to explain the mystery of Grace; the experience of being in the right place at just the right time in order to bring someone healing through awareness of the bigger picture. Reduced to its purest form,  Grace  is the gift our sensitivity gives others in the face of life’s lessons. As we become proactive in working with our sensitivity, Grace is the foot print left behind for others to follow, as we continue our journey on the paths we travel.

Posted in Magic Of Sensitivity
← What is an Empath Exactly?Why We Demonize Each Other →